I am a tech founder, an engineer and an author. I like to ski.

Day-to-day: I work with 20 wonderful people at Cuesta Partners, where I head up the Venture Capital and Private Equity Practice. We advise investors around technology and how it can improve their portfolio investments. Also: I regularly write on technology and travel for a handful of outlets, including The New York Times, Forbes and Outside.

When I am not consulting with clients, writing or speaking, I am working on my own project: writing code and words, along with several other people, for ZRankings, website that ranks the best ski resorts in North America— 200-plus of them—based on a bevy of quantifiable factors.

In 2010, I co-founded Aisle50, a web-based subscription service for products at brick and mortar stores. Aisle50 was part of the summer 2011 class at Y Combinator, one of the more exciting places in the world where it doesn’t snow. In addition to Y Combinator, we raised $6 million from August Capital and Origin Ventures—both of them great groups of people—among others. Aisle50 was acquired by Groupon in February 2015.

My second, most recent book: Automate This, How Algorithms Came to Rule Our World was published by Penguin/Portfolio in 2012. It chronicles the march of automation from the very first hack of Wall Street to its current role as a disruptor of the creative class in fields like music, writing, law and medicine. I gave a TED talk relating to the book in 2012, which can be seen here. Stephen Colbert had me on his show to, as he put it, “explain what an algorithm is to these rubes in the audience.” The Colbert Report clip is here. 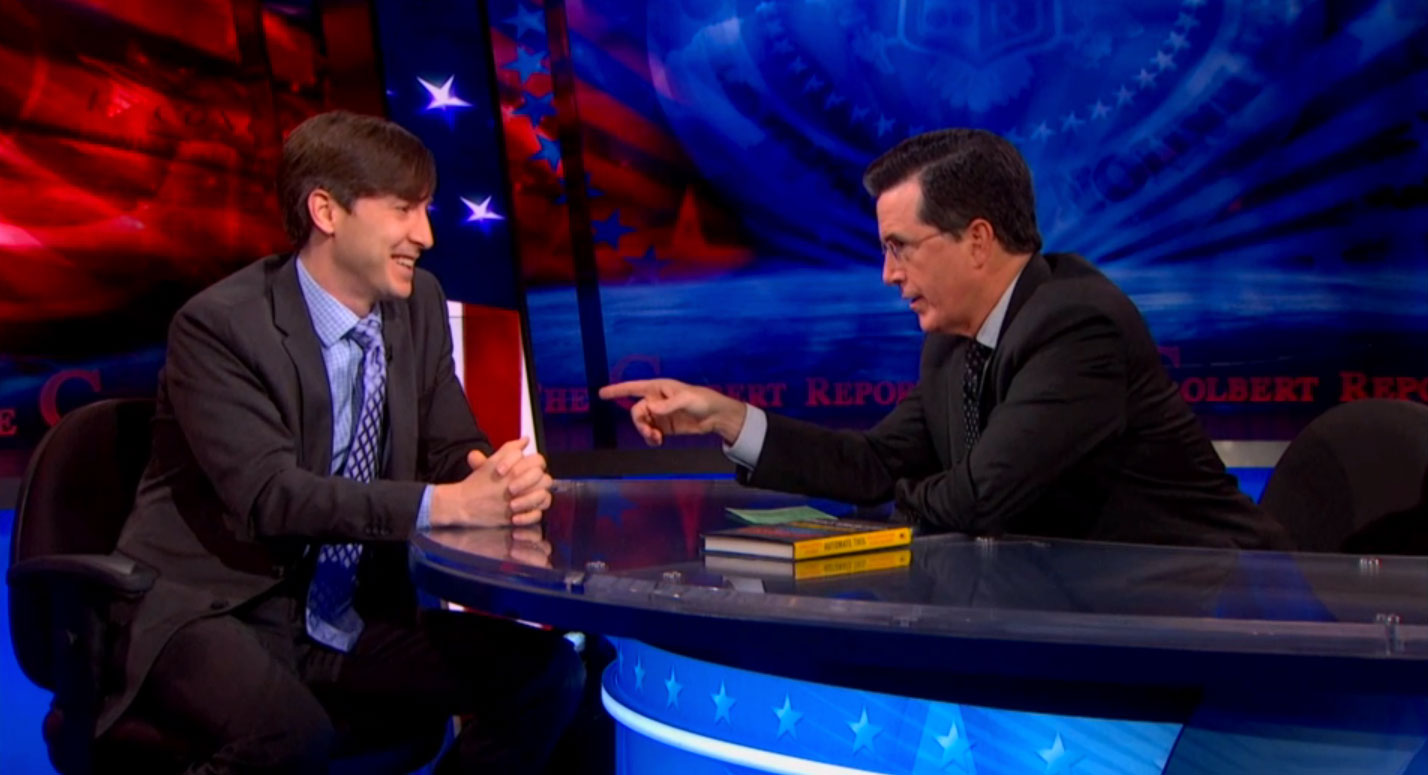 In 2013, I further built out the rankings model with a RoR Web application featuring all of the data used by my algorithms and their resultant rankings at ZRankings.com. The algorithms have been improved and honed annually, and I, along with about 10 contributors, have expanded the number of resorts we analyze to nearly 220, including all major resorts in North America. ZRankings is the preeminent site in the world for ski resort stats, rankings and general snow nerd mishmash. ZRankings’ algorithms power ski resort rankings at Forbes, FreeSkier, and RealtyTrac.

My first book, $20 Per Gallon, was released in 2009. It’s a thought experiment examining how our world would look with higher and higher gas prices. It reached the New York Times Bestseller List and was named a best book of the year by the Financial Times and Bloomberg, along with a starred review from Publisher’s Weekly.

In writing that book, I was wrong about several things. Some of the assumptions I made have been subverted by more than one factor, not the least of which has been the natural gas and oil fracking phenomenon that has taken place in the United States during the last five years. That said, many of the predicted changes within the book—the continued migration of Americans to denser city-type living and, for the first time in modern history, a continued decrease in the number of miles we drive—have come to pass.

Other stuff: Before writing Automate This and starting Aisle50, I was a senior staff writer covering technology at Forbes magazine for seven years. I still write a blog at Forbes.com and contribute to the magazine. Before Forbes, I was a staff reporter at the Chicago Tribune.

Prior to journalism, I was a design engineer for structures at The Presidio Trust of San Francisco and The Jack Johnson Company, an engineering-design firm in Park City, Utah. I have a BS in Civil Engineering from the University of Illinois at Urbana-Champaign and a MS in Journalism from Northwestern University. I live in Evanston, IL, write and code in the early morning, shovel snow, change diapers and drink lots of coffee. Coffee Note: I’ve taken to roasting the stuff at home now, in a homemade contraption. I can roast a pound beautifully in 12-15 minutes. Everybody should do this.

This site: I built this site from flat files run on Jekyll deployed on Github. I had run my site with Wordpress previously, but after years of getting hacked as random security flaws popped up within WP (because I didn’t update the software often enough), and after seeing my traffic go to nearly 50% mobile, something my Wordpess template, even with style changes, didn’t handle well, I brought my silly personal website in-house. There’s not much to it, but that’s the point.